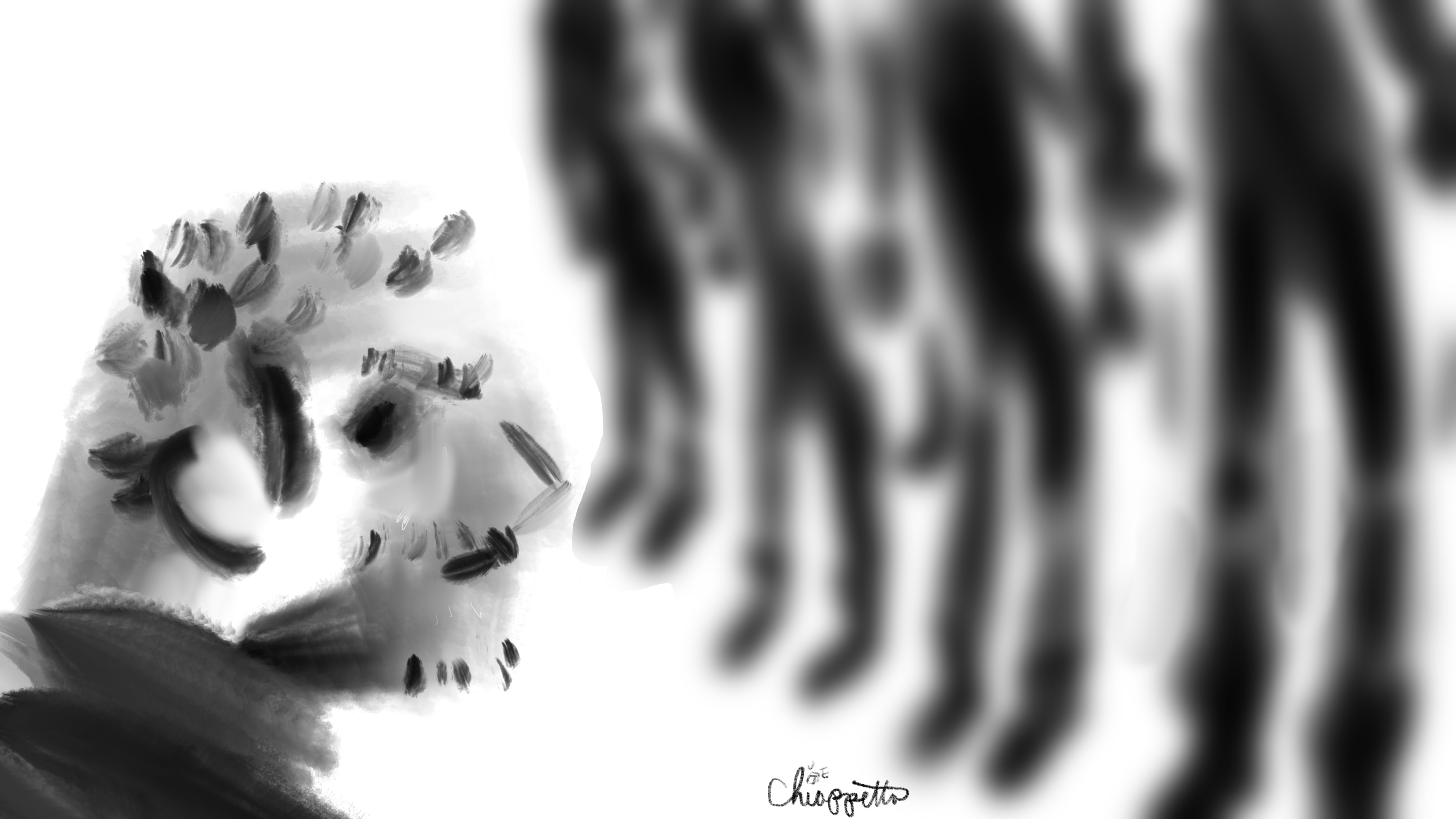 When Paddy Fights is rare digital art and a story of flash fiction by Joe Chiappetta on pixEOS Gallery.

Paddy finally said what he had been thinking in frustration for decades; "Lofticuff Clan, I don't like losing... and I especially don't like losing to you! In fact, I absolutely hate it. And now I am ready to do something about it."

Some words come and go quicker than treats in a hungry dog's mouth. Yet these words--at least for Paddy--lingered. They had a sort of power. So he decided to spread them around. Paddy, his family, and friends drafted handwritten flyers with these exact words on them. There was something extra powerful about a growing group of unified people saying the same exact thing--and posting it for all to read throughout the town. In fact, it was the brevity of Paddy's words that unified them; their shared pain of failure made them a tribe of their own.

Meanwhile, Paddy's enemies, the ever-privileged clan known as the Lofticuffs, could care less. They liked that Paddy had always been the loser and subject to them in all too many things due to Paddy's poverty and low standing in society. With boastful and fairly aloof hearts, the Lofticuffs assumed this incident of Paddy's public outburst would be nothing more than a passing hiccup: a thing to giggle at and forget.

The irony of the whole situation never once occurred to any of the Lofticuffs. While they had oppressed Paddy and whole communities of people for the entirety of their selfish existence, it was all quite unnecessary. The Lofticuffs did not actually need anything from Paddy or his associates. Nevertheless, the Lofticuffs simply enjoyed the process of dominating others. It was their sick family sport, and they were the reigning champions at it thus far. Paddy suspected such things, and hated that too.

Therefore Paddy proceeded to further organize and gather all his weapons (which were not many), his currency (which was not much), his fellow underprivileged allies, and his few possessions... with one single focal point in mind. It was partly a mumbling question that transformed into half a prayer, and half a battle cry. "How can we use all our collective resources to defeat the Lofticuffs? We must defeat them--at least once. I believe it is surely possible, and I have believed this for a long time. Because if... no... when we do it one time, then we can do it again... and again. And then we can teach others to do the same."

This was the moment... that precious moment that changed history. Upon reflection, most others would say the pivotal point of Clan Lofticuff's defeat was in the final--and quite costly--battle surge with heavy casualties on either side. Paddy respected that: particularly the high cost of victory. Yet Paddy had an added perspective. He understood that the battle was actually won the moment he resolutely decided to have faith, take action, and never give up.
Labels: Art, faith, family, illustration, parable, rare digital art, social commentary, spiritual
Newer Post Older Post Home